The format’s not the issue. 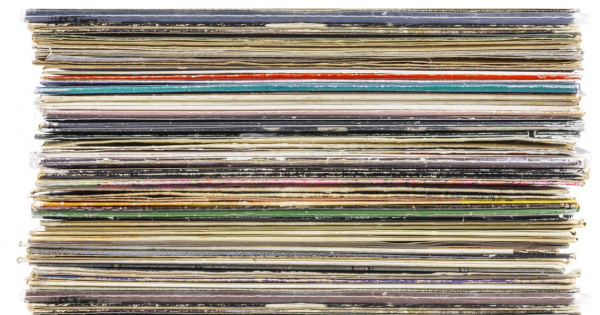 Back in 2012, people were getting pretty tired of infographics. Infographic fatigue had long since set in and the tower graphic was much lamented.

There had even been a rise of anti-infographics. Like this one:

Despite the backlash, however, every now and then an infographic comes along that uses the long tall format to great effect. 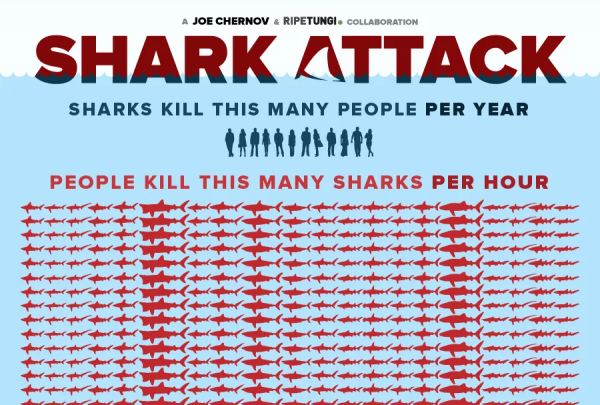 Let’s zoom out to get some perspective…

That’s a powerful piece of visual communication. And it’s the length of the graphic that communicates the point.

For another example, check out Distance to Mars.

Taking large abstract numbers and making them more concrete – when done well – can be one of the most powerful uses of data visualisation.

Thinking about this, I wondered what we could do about music.

What if we showed how many records could fit on an iPod?

The day before the pitch, I asked our developer how long this would take to build. He figured 3 or 4 hours, so I asked him to go ahead and make it.

The fact that the experience is so crucial to the appeal of this piece, we wanted the client to be able to appreciate it, in order to sign off on the idea. 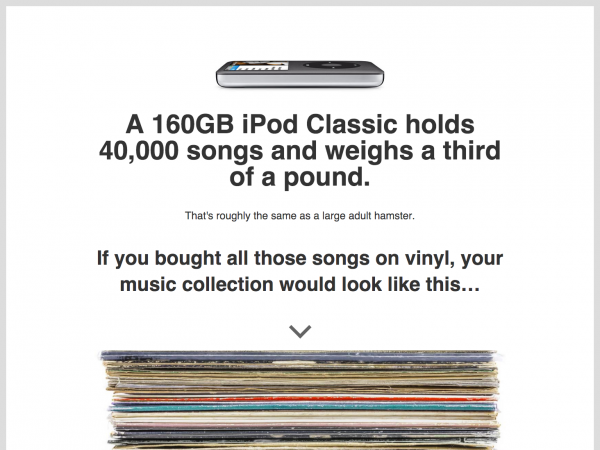 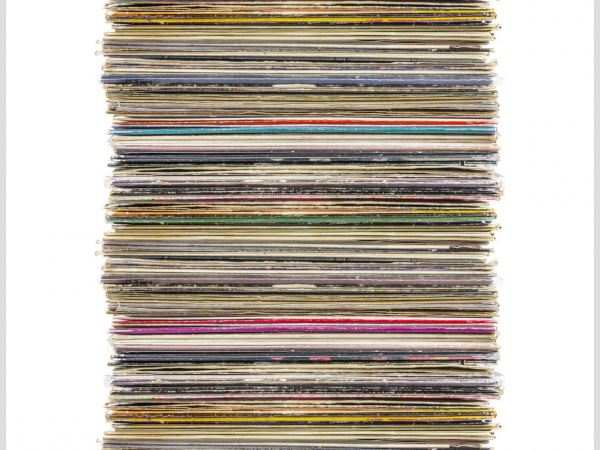 And eventually… after 21 seconds… you land at the bottom. 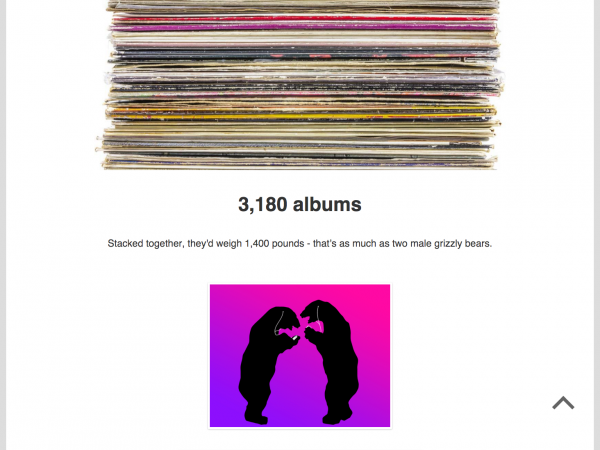 It was so simple.

You generally want to strive for simplicity, but it’s unnerving when you get close.

Will this be enough?

If your one simple point is clear and compelling, it’ll work.

In this instance, sadly, we caved a little. We gave in to the temptation to add more stuff. Hence the addition of the two grizzly bears!?! 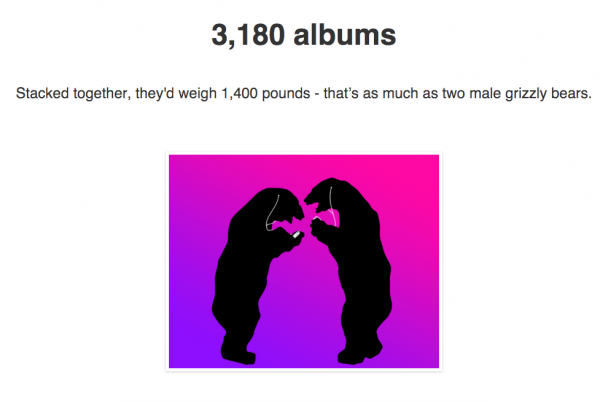 Another creative director, who saw the piece recently, laughed and said, “as if you hadn’t made the point enough already!”

I was pleased he said that.

I’d always felt it was unnecessary to add the furry animals. We should have had more confidence in our idea, and kept it simple.

It worked out alright on this one though. We hadn’t completely buried the point. Just another reminder that putting out simple ideas takes courage. But it’s worth it.

The majority of those much-loathed tower infographics tend to be a mass of random charts and stats without a clear central point.

Don’t fall into that trap.

Don’t add things just cause you can.

Don’t make another one of those bad infographics. The internet’s had enough of those already.

Don’t do what everyone else is doing. They’re just following the herd.