Build something you wish existed. 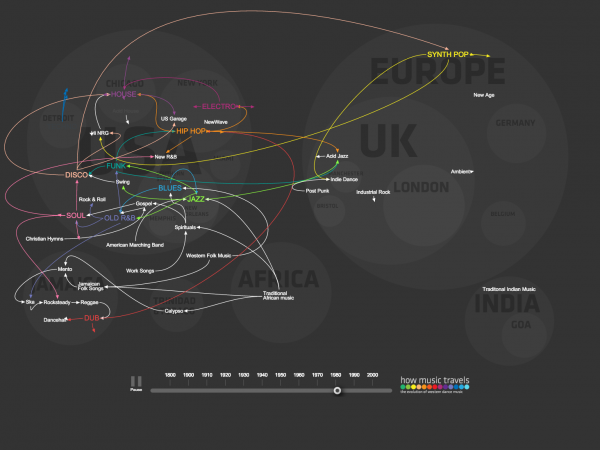 This was the first piece we ever created at Distilled that was featured in top tier publications. I remember literally and virtually high-fiving each other round the office when we saw the coverage roll in… WIRED… Fast Company… The New Yorker!

The idea itself was borne out of a personal obsession.

In my third year of university (about 8 years previously), I spent far too much time reading books about the history of popular music – which was nothing at all to do with my course. 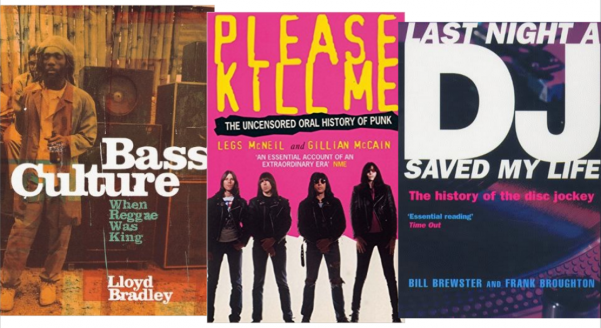 I enjoyed learning how different genres gave birth to other genres. But it was impossible to link it all together in my head. I wanted a way to see it all clearly.

When we started this project, I spent numerous days, evenings, and weekends, mapping this out on scraps of paper – drawing and re-drawing the different lines. Whenever anyone walked into the kitchen at work, they were confronted with these mad scrawls.

Some of my colleagues looked genuinely concerned for my wellbeing.

I really wish I’d kept some of those early scribbles, and recorded the whole thing unfolding.

We didn’t have much experience making interactive or animated graphics at the time. We were just planning to make a static image like this: 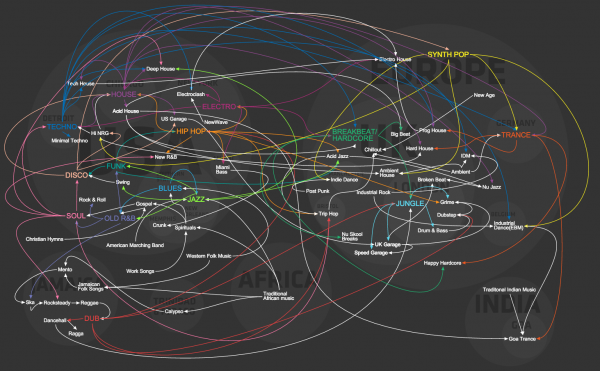 But, just as we were nearing completion, I was passing the designer’s desk when he said, ‘you know, this would work much better as an animation.’

I stopped dead in my tracks.

I knew it straight away. So I did something I hadn’t done before, nor have I done since. I jumped on the phone to the client and said: “I know we’re due to launch this piece, but if you give us twice the time – and effectively twice the budget – I promise this will get more than twice the results.”

I wouldn’t normally make such bold claims. But I was confident in this one. The client could hear the conviction in my voice.

We took the time to develop the animation, which autoplays on arrival. We also created an interactive slider so you can drag the timeline back and forward to see the evolution at your own pace.

This is how the thing plays out: 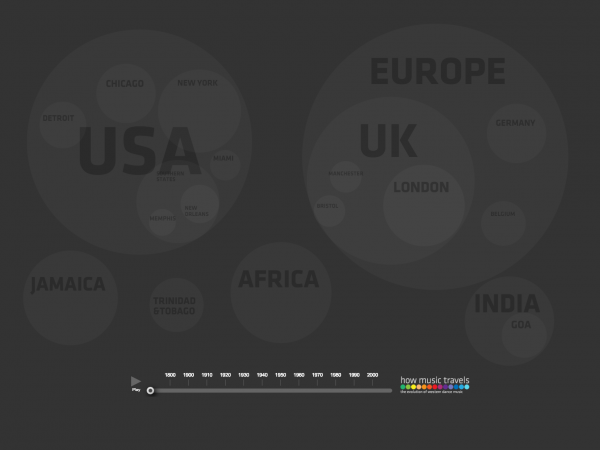 Before the early 1900s, it was mostly traditional folk music and church music. Then came the arrival of the deep south blues. 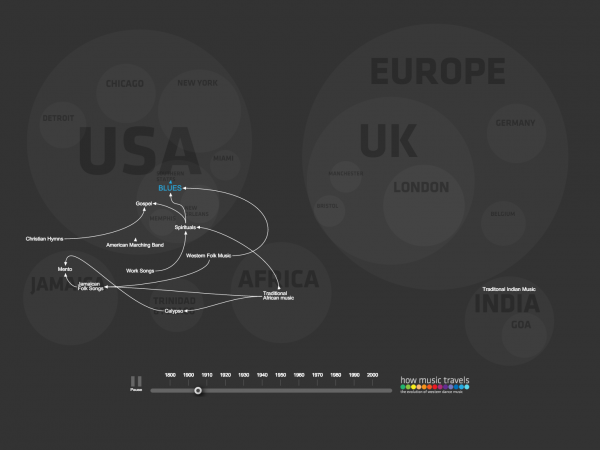 After blues, came jazz and R&B – which in turn, gave birth to soul, funk and disco. 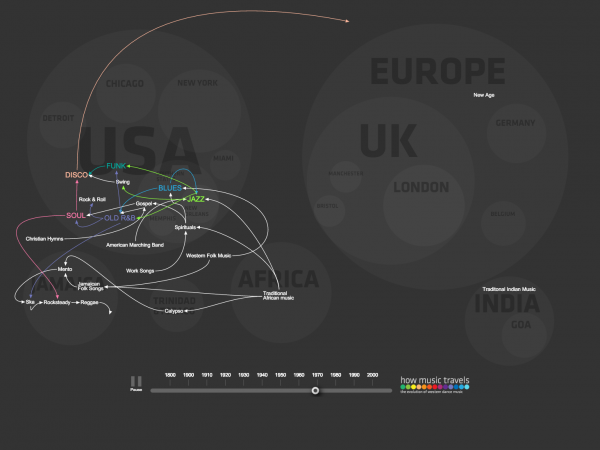 And the evolution continues all the way through to modern-day genres like grime and dubstep: 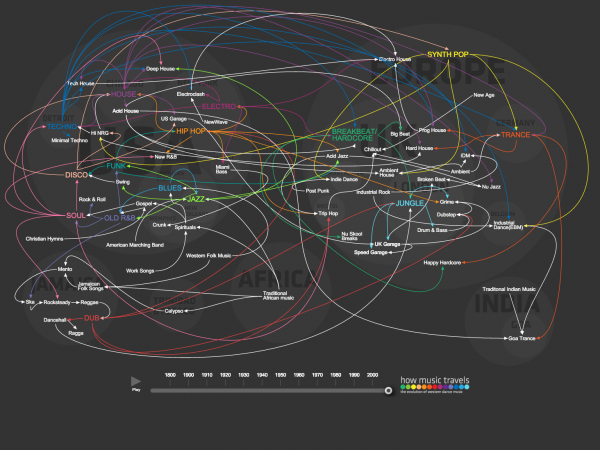 At the time we made this piece, I was still working as an SEO Consultant for Distilled. However, I was developing a reputation within the company as the go-to guy for visual content.

When anyone was working on a new campaign, most of the consultants would come to me for advice, as would the designer, the data scientist, and the developer. So I made the pitch to the bosses at the company to turn this into my full-time role. All I had to do was forward all the email requests I’d received.

I got the job.

The results of the music graphic helped my case too:

This was the start of the Creative team at Distilled, a team I grew from 4 people to 16 in 4 years, significantly improving the quality of the team’s output. As a result, the company developed a reputation for making innovative interactive content that earns high volumes of links, likes, and traffic.

“Check out this wildly inventive infographic as it literally weaves its way around the world of music, one dance at a time.” – Trend Hunter

“An excellent look at how different music genres interrelate” – WIRED

← creative routines
the view from here →