Some things you need to see (and hear).

Having previously visualised the evolution of dance music, I’d always wanted to do the rock version as well. So when we started working with Concert Hotels, we found an opportunity to do so.

When you first land on the graphic, it’s the early 1900s and the main genres in existence are folk and gospel: 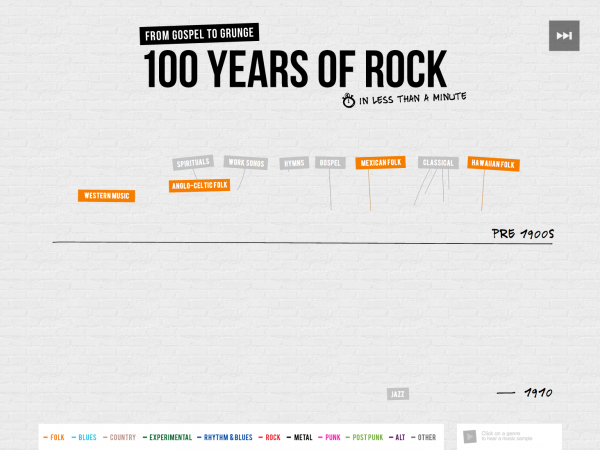 Then the timeline starts to scroll, and things like blues and jazz appear:

In the 40s and 50s, it’s all rock ‘n’ roll. Then the flower power of the 60s brings beat music, surf music, and psychedelic rock: 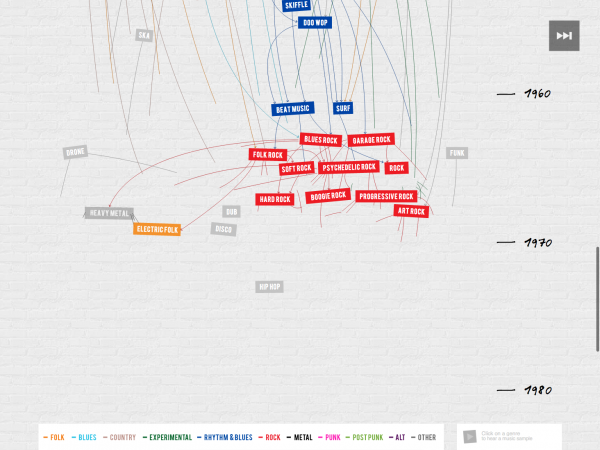 In the 70s and 80s, there’s an explosion of new genres including Punk, New Wave, and Heavy Metal. And then there’s Indie and Grunge, the largest genres of the 80s and 90s: 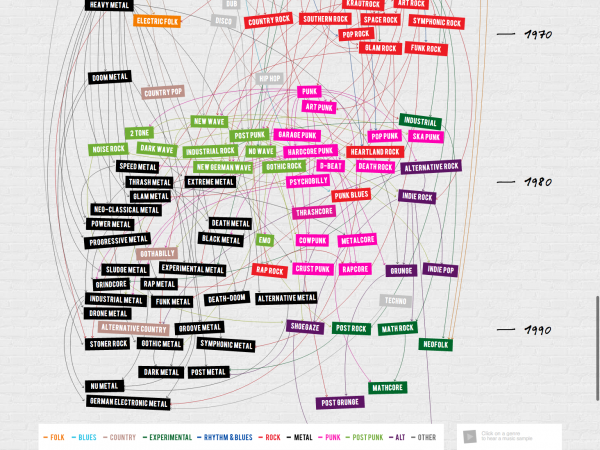 While we were in production, one of my colleagues pointed out that as well as seeing the new genres appear, it would be great if you could hear them too.

This was considerably out of scope for the piece, but it quickly became a pet project / obsession for my colleague Luke and me. Putting in a considerable amount of extra hours, we managed to get it done.

So now, when you click on Punk, you can see it was influenced by Garage Rock and you can also see the genres it went on to influence, like 2 Tone, Pop Punk, Psychobilly and Cow Punk (seriously!). And if you click on any of the genres, a short snippet will play, allowing you to hear the similarities and differences between the various styles of music. 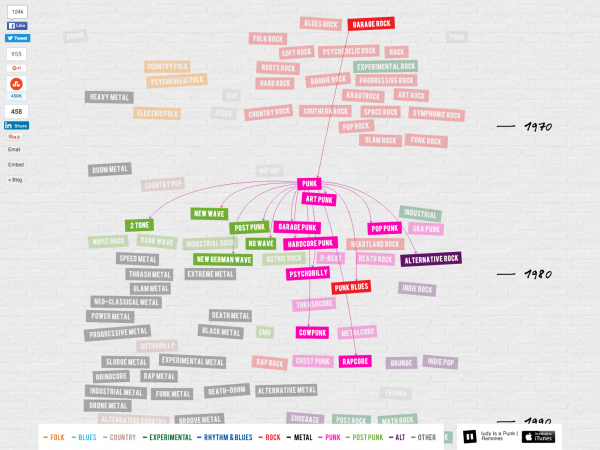 The number of different rock genres meant squeezing them all into one screen was going to be tough, so our designer Vicke Cheung came up with the idea of automatically scrolling down the wall.

I liked this idea, including the subtle nod to one of the greatest rock albums of all time – Pink Floyd’s The Wall – a prog rock classic which displayed a wide range of musical influences.