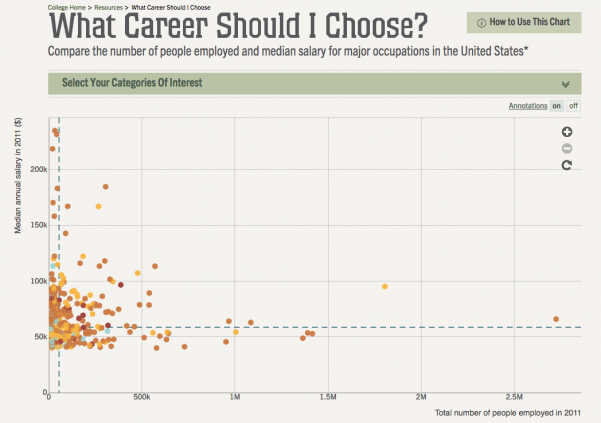 The Bureau of Labor Statistics in America has some great data.

But like a lot of government organisations, they don’t always present it in interesting ways. This isn’t a criticism – there are likely better things they can be doing with their time. But it does provide an opportunity.

So we had a play around with some datasets, to see what we could do. During this process, it can be useful to write down all the different variables. Then think about different combinations of two variables, and what the relationship between them could mean.

For example, the chart below compares film critics’ reviews with the general publics’ reviews, to reveal which movies are over-rated, i.e. the critics rated it highly but the public don’t agree. 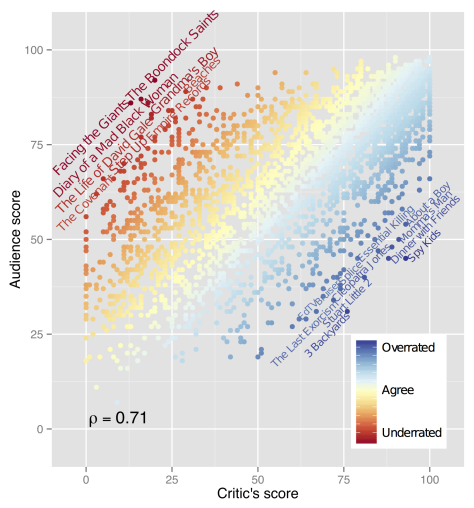 In a similar vein, the chart below compares music critics’ reviews with the number of times the review was shared on Facebook. This is taken to indicate which artists are the most hipster (critically acclaimed but not loved by the masses).

The above examples are quite light-hearted, but I like the way they’re thinking.

Now, back to the Rasmussen project.

Playing around with some variables, we figured that comparing the number of people employed with the average salary, for each occupation, might reveal some interesting patterns.

Here’s how we interpreted the data: 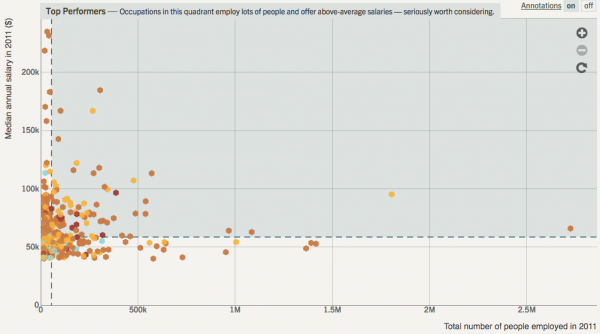 Elite players: occupations with high salaries by not many jobs – includes judges, surgeons, and scientists. 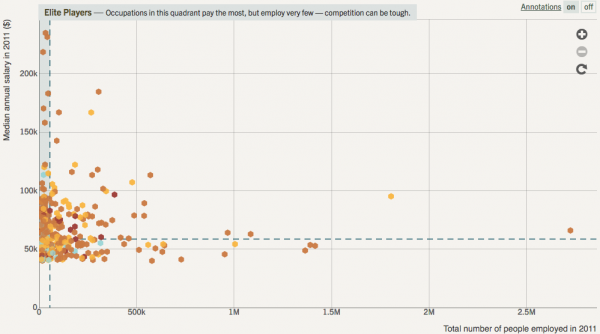 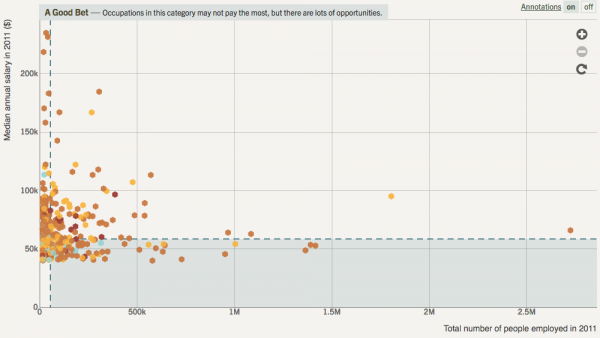 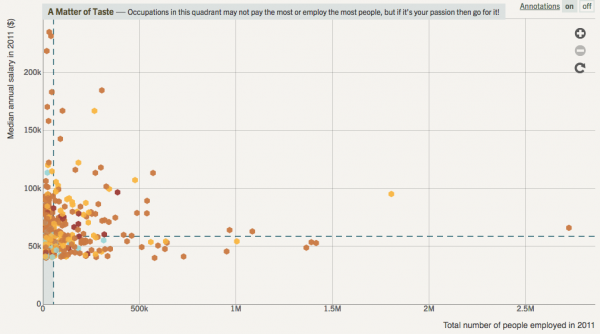 With the addition of colour coding to show which occupations are shrinking and growing, you can figure out which careers might be worth considering.

This chart can take a bit of time to wrap your head around. So we spent some time working on features like ‘how to use this chart’, the annotated quadrants (elite players, steady bets, etc), and filters so you can zoom in on your interests.

The write-up on Lifehacker agreed that although it’s not instantly digestible, the chart provides a useful tool for exploring your options:

“Naturally, your skills and interests should inform your career decision, but an occupation’s salary and other economic factors also are important. Rasmussen College’s What Career Is Right for Me? is a good guide that covers all of these considerations.” – Lifehacker

← the grammar quiz
salary by state →